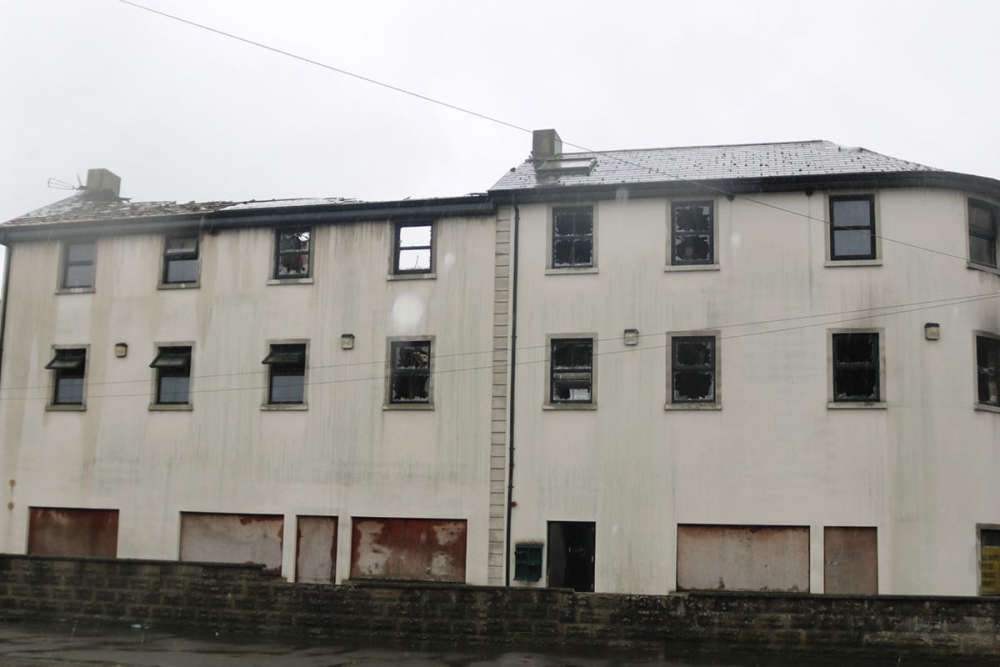 The incident occurred at an abandoned apartment block on Saturday night.

An extensive fire which occurred in an abandoned block of apartments in South Kildare last night, caused considerable damage to the inside and the roof of the dwelling. Fire crews from counties Carlow and Laois were called to assist at the blaze.

The fire happened on Nelson Street in Athy at approximately 11pm.

One local told EmergencyTimes.ie the fire was 'through the roof' when the fire brigade arrived, and he praised the firefighters for preventing the fire from spreading.

Athy Fire Service were first on the scene, followed by a crew from Stradbally, Co. Laois and a third crew from Carlow Town, Co. Carlow with a specialist high-rise firefighting appliance.

A fire engine from each of the three stations, a Water Tanker from Athy and an Hydraulic Platform (HP) from Carlow town stations were in attendance.

Firefighters fought the fire from each side of the cornered dwelling and also from overhead in the HP as the fire brigade worked to contain the blaze and prevent it from spreading to other buildings.

Locals said fire crews began to leave the scene at around 3am.