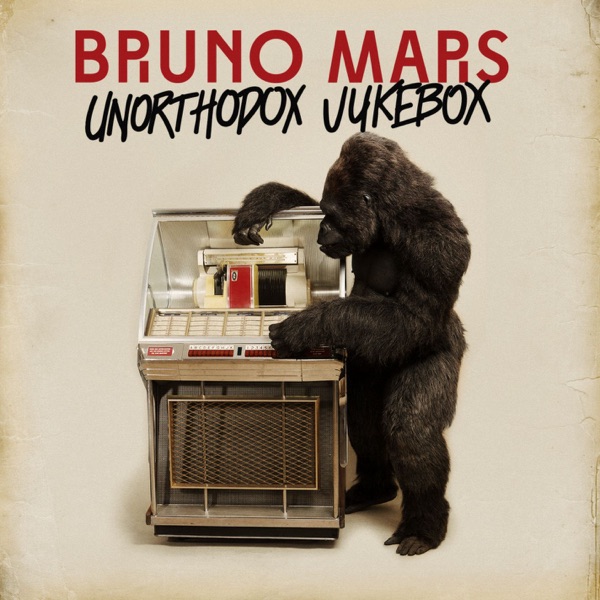 Locked Out Of Heaven

It recognises the work of young people in the community.

The Laois/Offaly Garda Youth Award winners were revealed at a ceremony last night.

Over 60 people between the ages of 13 and 21 have been nominated in a number of categories.

The 2019 awards took place at the Killeshin Hotel, Portlaoise.

There are four categories at the divisional and national awards which include Individual Award, Group Award, Special Achievement Award and the Community Safety Award.

The winners of the Divisional Awards will be submitted to the national judging panel who will select 5 winners in each category.

The Foroige Sub Youth Project Group are Birr District Award Winners and were nominated by Youth Justice Workers Eimear Kelly and Mary O’Neill. The group comprises of 13 young people ranging in age from 13 to 18 years. The group identified that due to busy life schedules and electronic devices familiesnowadays do not always get to spend quality time together. So they planned and hosted a Family Fun Day in their local estate of Scurragh, Birr during Birr Vintage Week. The young people wanted the event to be something that would encourage families to spend quality time together whilst engaging in fun healthy activities. As part of the Family Fun Day they organised a Scavenger Hunt throughout Birr town with a dual focus of a litter collection, they also hosted activities like Giant Board Games, Relay Races, Face Painting, Music and Refreshments. As part of the planning process the young people linked in with local businesses and organisations, they recruited volunteers and parents to help out on the day. The group spent many hours over a 12 week period organising to ensurethat this event was a success. Over the 12 week period they demonstrated and developed many skills such as brain storming, planning, organising, team work, problem solving and communication skills.Upon reflection of the family fun day it was clear to see the positive benefits both the young people and their parents felt as they spent quality time together. Cherished memories were made on the day. The group raised €250 which they decided to donate to Make a Wish Foundation, who make dreams come true for terminally ill children. Such was the success of the event that it has been decided it will become an annual event. Well done to all involved in The Sub Project.

Katie Dunne is a Portlaoise District Award Winner who was nominated by Elaine Boyle of Youth Work Ireland. At the age of 7 Katie was diagnosed with Asperger’s Syndrome which is part of the Autism Spectrum Disorder, at the age of 13 Katie was diagnosed with Ehlers Danlos Syndrome (EdsSyndrome). Eds Syndrome is a chronic pain condition which results in hyper mobility, constant pain and fatigue. This diagnosis meant that Katie has had to undergo occupational therapy, physiotherapy, anxiety management and sensory integration therapy. When Katie was younger her parents worried that her social communication difficulties, anxiety and sensory issues would prevent her from living, travelling or working independently. However no matter what life threw at Katie she hasnever let it hold her back, everything she does she gives 100% with good humour and positivity. Katie is a strong determined young woman who was never one to give up. Tasks that you or I may take for granted or treat as ordinary would prove difficult to Katie but with courage and perseverance she overcame these. In school Katie volunteered to assist with the weekly film club, she was part of the St Vincent De Paul committee which organised a food drive in a busy Supermarket and she achieved a Bronze Gaisce Award. Through her time spent in Youth Work Ireland Katie has being involved in a number of projects including the organising of a ball for the Lbgti+ community, an article in the G.C.N magazine giving an insight into the life of a young person in rural Laois. She single handily with the support from her school organised a campaign to stand up to Homophobic Bullying. Katie is a caring and empathetic young woman, even when life hasn’t always being easy for her Katie has stepped outside her comfort zone to help others. She is an inspirational young woman.

The Port Project Youth Boys are Portlaoise District Award Winners who were nominated by Lillian Ashe and Megan Boyce for the making of a documentary called “Traveller Tales”, which was researched and developed by four young traveller boys and brought to screen under the direction of documentary maker Se Merry Doyle. The boys wanted to produce a piece of work that would express how honoured they feel to be part of the traveller community and to showcase their reasons for being so proud of their heritage. They spent a considerable amount of time deciding what would be most befitting of their community. They decided to record and archive stories of times gone by which were often told to them by their Great Aunt Maggie. Great Aunt Maggie would regale them with stories of how traveller life worked, how marriages happened, how she moved from place to place, how hard she worked and the stories of the nice people she met along the way. The boys loved hearing these stories and wanted to preserve them to one day pass onto their own children as they feel their culture is getting lost in modern society. The boys faced many challenges and hurdles whilst making the documentary as it required many tasks such as social networking, budget management, interviewing, being interviewed and the general organisation of the screening of the event. Traveller Taleswas screened in Heritage House Abbeyleix and the boys invited members of the travelling community as well as guests from the settled community to join them in celebrating the production of their masterpiece. On the night they stood proudly at the top of the room and welcomed guests, thanked fundraisers and answered questions. The boys stand tall among their communityafter bringing to screen a reminder of how privileged they are to be who they are. The boys demonstrated great dignity and pride throughout the making of this documentary, well done boys.

Cian Long is a Birr District Award Winner who was nominated by his teacher Jane McCarthyof St Brendan’s Community School. Cian has being an active member of the Order of Malta for many years now, Cian gives generously of his time making his community of Birr a safer place to be. Cian joined the Order of Malta as he is drawn towards the caring and medical professions. His passion, dedication and work ethnic was previously acknowledged as he received Youth Memberof the Year 2019. Cian has completed hisC.P.R qualifications and now delivers C.P.R training to both primary and secondary students. Cian’s undertakes 2 hours of training per week keeping his knowledge up to date, he performs duty at weekends and patient transfers all while he attends St Brendan’s Community School full time. In school Cian is a Headstrong team leader who promotes mental health amongst his peers. As part of this Cian received training in Kings Inn. Cian is also a Meitheal Leader in school, which involves him taking an active role in organising events for 1st Year students, making them feel welcome and included in the school community. Cian is a role model for the younger students. While Cian’s schedule appears hectic he still found time in the Summer to volunteer with St Ann’s where he worked shadowing a care worker, he met and cared for a variety of people of all ages with both physical and intellectual disabilities. Cian is a wholly deserving recipient for this award and he is an inspiration to us all. Well done Cian.

Lucy Hood is a Portlaoise District Award Winner who was nominated by Elaine Boyle of Youth Work Ireland. At a young age Lucy was diagnosed with high functioning Autism and Dyspraxia, however Lucy did not let her diagnosis hinder her from being one of the most inspiring and creative young woman you could meet. Lucy experienced bullying and exclusion from others because of her physical limitations, she could have let this hold her back, but not Lucy she was determined to strive and worked very hard in both physical and occupational therapy to ensure she could go on to achieve great things. Lucy is a highly creative and talented young woman, she competed in the televised heats of the Junior Eurovision writing and performing her own Song in Irish entitled “Colours of Nature” an ode to environmental protection a passion she still has and advocates for. While in Youth Work Ireland Lucy has completed a Music programme and has performed in the Feis Ceoil a number of times. This is something that Lucy saysherself she found very intimidating but she persevered and showed great strength of character. Lucy had a great love of poetry and creative writing, she has had two of her poems published in the books “Wild Words” and “The Midlands Writers & Illustrators”. One of the poems she wrote is about “Stimming” or self-stimulation behaviour for those with Autism to allow others to see it through her eyes and words and to create greater awareness. Lucy was part of the “Splatter Art Group” whose piece was displayed at Electric Picnic. Lucy advocated for the workshop to more inclusive for young people like her and designed activities that were more sensory based. The Home Schooling System has allowed Lucy to excel. If we have learned anything from Lucy’s journey it’s that we will all reach ourown destination in our own unique way and in our own time. Lucy is an inspirational young woman who is both celebrated and loved amongst her friends and family.