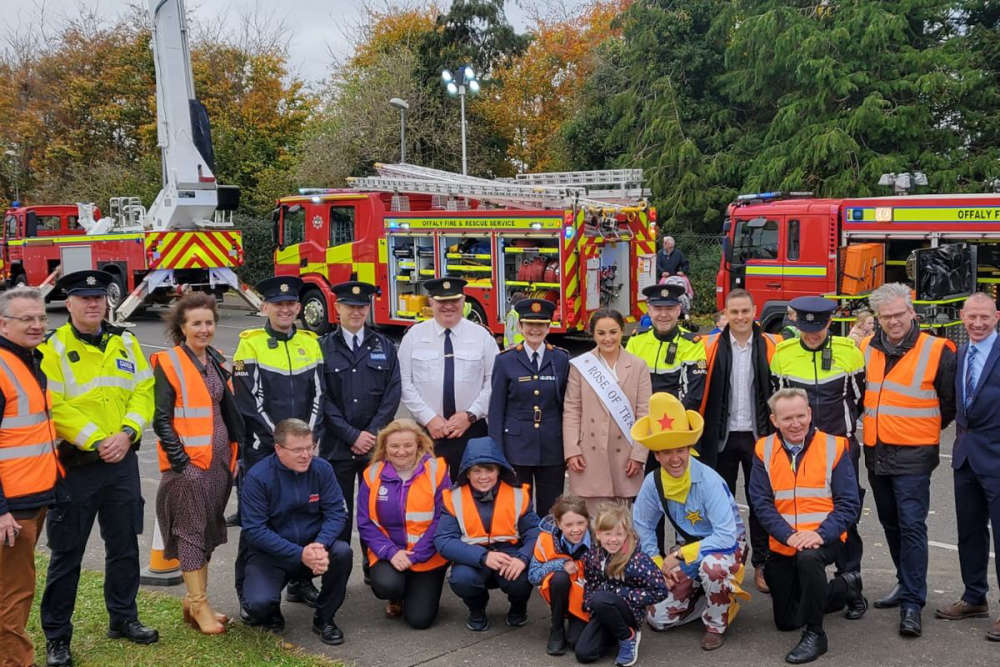 The initiative aims to raise awareness with young people about the dangers of going walking during the darker months of the year.

School children in the midlands are being asked to bring the message of road safety home to their parents.

The 'Be Safe Be Seen' initiative, which is being launched in Ballinagar National School this morning, aims to raise awareness with young people about the dangers of going walking during the darker months of the year.

Thousands of reflective discs will be distributed to primary schools across the region in a bid to save lives.

Pedestrians on dark rural roads are 13 times more likely to be killed than those walking in daylight.

These children in Ballinagar National School have been sharing what they learnt today:

Rose of Tralee and Westmeath's Rachel Duffy joined the pupils of the Offaly school in promoting road safety. She says being the current International Rose of Tralee she was  delighted to support the "BE SAFE BE SEEN" campaign. She believes highlighting the importance of all aspects of road safety is so essential and significant and it's important to educate children and by extension their parents/guardians as to the continuous message of all aspects of road safety.

The Rosemount woman says the basic things can make a difference with road safety:

Consultant Mr. Muiris Kennedy who is based in Midlands Regional Hospital, Tullamore warned:  "This is not just a rural issue but a very real urban one as well. Teenagers and children very often think that because they are cycling in a lit up urban area that they don't need high viz jackets. Nothing could be further from the truth. My advice to road users is 'Just because you can see ahead - does not mean others can see you'. Plain and simple; you must be seen in order to be safe."

F4 champion, Alex Dunne has been speaking to Lynsey Dolan on Midlands Today about how he got into racing and shared his message for keeping safe on the roads:

The Seatbelt Sheriff also encouraged everyone to listen out for that click when they buckle up in the car:

The Seatbelt Sheriff likes a good dance as well as teaching about road safety in Ballinagar National School 🤠🕺🏼#BeSafeBeSeen pic.twitter.com/B1NghKU4vE