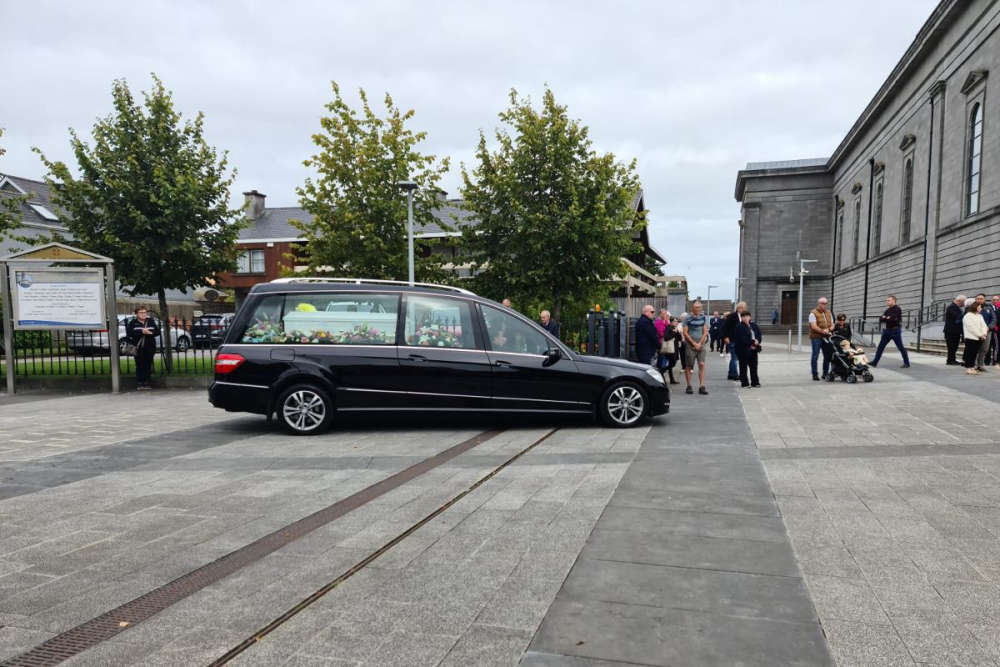 A joint funeral mass for Thelma and Mickey Dennany is being held today.

The victims of a car fire in Westmeath last week are being remembered as "vibrant children", who "were inseparable in life".

A joint funeral mass for five year old Thelma and two year old Mikey Dennany today heard that their lives were "tragically cut short in the full bloom and promise of childhood".

Hundreds of mourners gathered in St. Mel's Cathedral in Longford Town to remember the two young children who lost their lives in a tragic car fire outside Multyfarnham last Friday evening.

Parish Priest of Killoe, Co. Longford and Chief Celebrant, Father Seán Casey expressed his condolences to the children's parents Lynn and Michael and siblings Eddie and Katelyn, and their wider family, "at this time of trauma and distress".

He also welcomed those who came to express their sympathies, including representatives from Thelma's primary school, St. Cremin's in Multyfarnham, and Waddlers and Toddlers pre-school in Rathowen, where Mickey was enrolled.

They were joined by students and staff from Eddie and Katelyn's school, Wilson's Hospital;

As some of their artwork and their new fishing rods were brought up as gifts, Fr. Casey - who had also baptised Thelma and Mikey - told the congregation how they were the best of friends:

The young brother and sister were afterwards laid to rest in a double white coffin in Cullyfad Cemetery this afternoon.