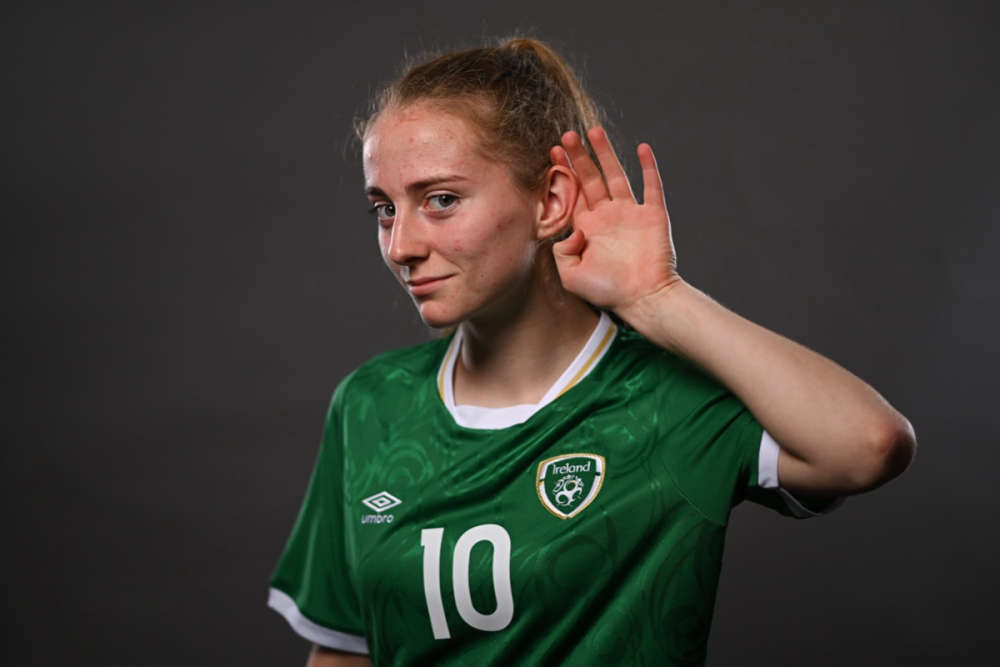 The two camps will take place in August.

Athlone Town's ladies have sprung some decent results in the Women's National League this season and their performances aren't going unnoticed.

They've quite a young squad and it's been reflected in the selection of four players for this U-19 camp by head coach Dave Connell.

Fresh from beating Northern Ireland in two friendly games in June, Ireland are continuing preparations for their UEFA Women's Under-19 European Championship qualifiers in October and these training camps will help Connell identify players for those key games.

There will also be a four-team mini tournament in Portugal in September, but the focus will firstly be on the two four-day training spells in Limerick.

"We were happy with our performances against Northern Ireland in June, even though we were missing a couple of players. This training camp, broken up into two spells, gives us time to work with a larger selection of players and shape our squad going forward.

"We appreciate that this is a busy period for the players but it's important that we make the most of every opportunity to get on the pitch and work together. That is why these camps have been arranged and why we will be heading to Portugal in September.

"We're under no illusion just how difficult our Qualifying Group is with England, Northern Ireland and Switzerland, so we have to be ready to meet those challenges head on. We feel that we have a talented group of players, but nothing is won on talent alone, we have to earn everything that we get.

"It has been a busy period with our coaching staff & scouts travelling all around the country to monitor players at underage level, in the SSE Airtricity Women's National League and the EA SPORTS Women's National Underage League. A number of players are likely to be added to the second of our two training camps.

"It's also important that we continue to follow Government & Sport Ireland protocols around COVID-19 to ensure everyone remains safe. We fully acknowledge the allowances given to us to host these training camps and we will make the most of the time that we have together."

Republic of Ireland Women's Under-19 Squad: