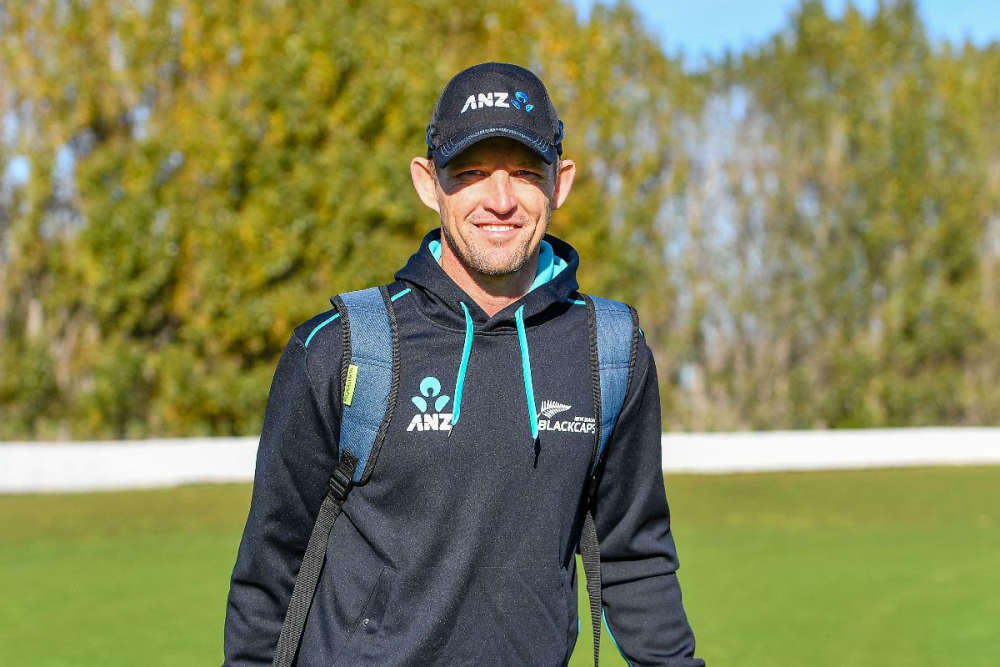 He succeeds Graham Ford in the role.

South African-born coach Heinrich Malan has been appointed the successor to Graham Ford as Head Coach for Ireland Men and will take up the role in March 2022 (subject to work permit approval) on an initial three-year contract.

Since finishing his first-class playing career, Malan has gained more than 11 years first-class coaching experience in South Africa and New Zealand. He holds a Level 3 Coaching Certificate from Cricket South Africa, and amongst his more recent roles have seen him take on Assistant Coach and Fielding Lead for the New Zealand Men’s cricket team and Head Coach of New Zealand A. He has also held the batting coach role for the Black Caps.

Domestically in New Zealand, Malan is the current Head of Male Performance and Head Coach of the Auckland Aces (since 2019), after a six-year stint as Head Coach and Program Director at Central District Stags. Prior to this, he was Head Coach of Eastern Cricket Union in South Africa from 2011-2013.

“It’s very humbling and a huge honour to be appointed Head Coach of the Ireland Men’s team. We have an exciting squad that has demonstrated that they have the ability to compete with the best players around the world. It is an exciting challenge and something that we, as a family, are really looking forward to.”

“A lot of credit has to go to Graham Ford, who has done a stellar job over the last four years. We have some serious building blocks in place which I believe we can build on going forward.”

“My coaching philosophy has certainly evolved over time and I am very keen to get to know this group of players and staff to collaboratively shape our environment through the way we want to operate on a daily basis. The ‘wheel’ in Irish cricket is turning nicely for the stage it is at, but this point in time is a great opportunity to review what - and how - we are operating to not only grow the wheel, but make that wheel turn quicker.”

“While I came up through the South African system, the opportunity to move to New Zealand in 2013 really enhanced my coaching experiences and created opportunities to progress my coaching career. Hopefully, I can share these experiences and help our players improve and compete consistently across formats. And that is the key – to create greater consistency of performance over the long term.”

“We are delighted to have secured Heinrich as men’s Head Coach and look forward to supporting him in taking the international men’s side forward during what will be an extremely busy period for the squad.

“Heinrich has worked in world-class environments at international and domestic levels, and has forged a reputation as an innovative coach with an interest and willingness to do things differently – taking a more holistic view of the game. He is an advocate for sports science, and an intense interest in developing players – particularly in preparing them for the international stage. He has demonstrated a passion for coaching that delves into the feeder systems which lead to sustainable and successful programmes, which is perfectly aligned with what we have been establishing piece-by-piece over recent years. Heinrich is additionally keen to help develop coaches within our Performance system in order to help grow a pathway for Irish coaches to reach senior levels.

“Despite coming from outside the Irish system, Heinrich clearly articulated an understanding of the Irish cricket identity, and is determined to succeed in bonding the senior squad around these ideals, then flow those ideals down the pathway system. He fully understands the development stage we are at as a new Full Member, and is clear on the goals of the organisation – but is committed to working hard on building a skilled and confident squad that is competitive with the world’s leading sides.

“We know that a key focus for us in the short-term is white-ball cricket, and it is the insights, experience and success that Heinrich has garnered in the shorter formats that we believe will benefit our squad greatly.

“We look forward to Heinrich starting in March, with his first task being to prepare the squad for the Zimbabwe tour.”