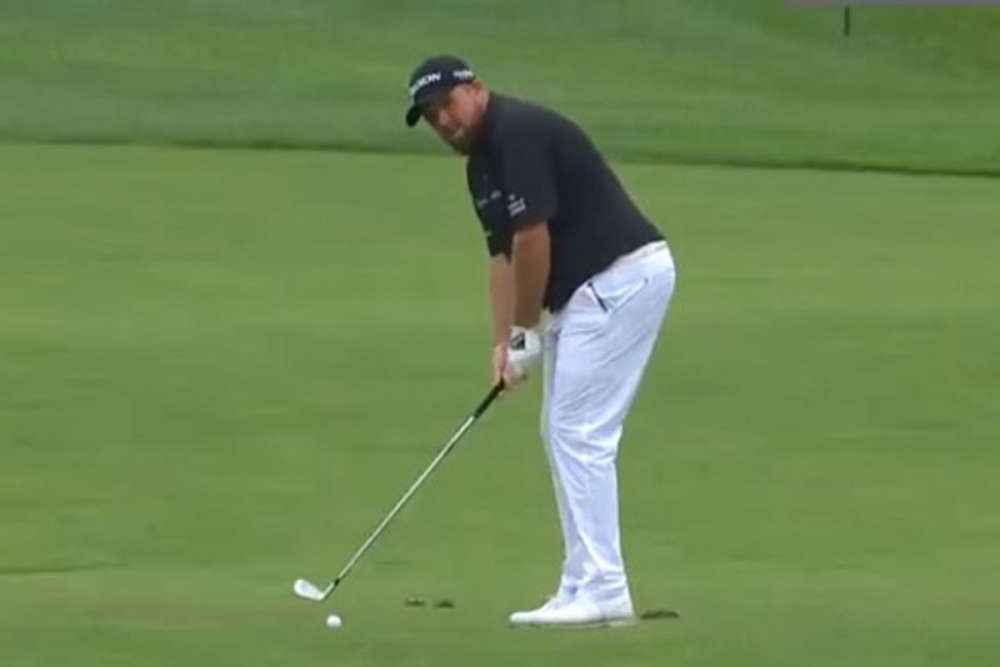 He resumes on the course early tomorrow morning.

Six birdies, the highlight of which was a chip in on the 15th will leave a good taste in his mouth ahead of day two. He'll start his second round inside the top ten and four shots off overnight leader, Scotland's Scott Jameson who's on nine-under-par.

Three birdies on the opening nine holes set the tone for a fantastic overall performance from the former open champion. The only blemish came on the 12th, where a disappointing three putt meant Lowry couldn't capitalise on hitting the green in regulation.

To be fair it was a solid recovery that led to his best moment in the round on 15.

Speaking before his opening round, Lowry said he always gets a good feel at the event:

Yeah, look, you come back to a tournament you've won before and you see your name on the trophy, you know, picture of that around the place withholding that trophy is pretty nice.

It's a place I like coming. Look, I always said I like coming over here to the desert to play golf. I've had some decent success here. So yeah, it's another event. It's at a golf course that I like, and I'm looking forward to the week ahead.