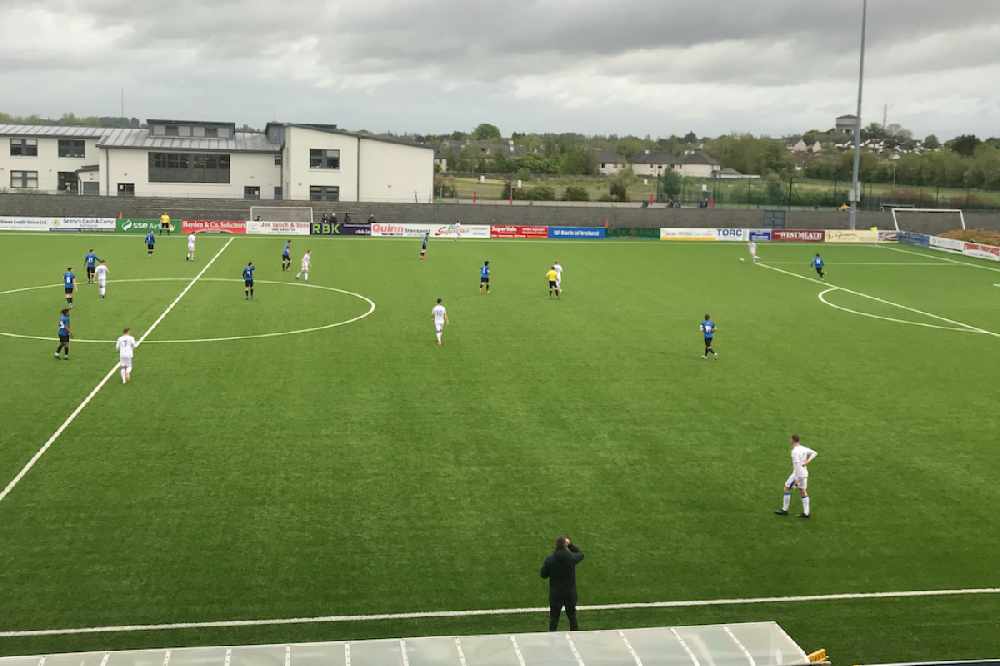 They beat Cobh Ramblers 2-1 at Lissywoolen.

It means Athlone keep pace at the top of the table, drawing level on points with second placed UCD who fell to a 3-1 defeat to leaders Shelbourne.

The Midlanders meet the students in Westmeath next week.

Adrian Carberry's charges were made to work for their bounce back win despite Cobh's ninth place standing in the league.

Athlone started the better but were hit with a sucker punch when Ramblers put together the move of the match to open the scoring.

Ian Turner switched wings to find himself on the right hand side of the area before reversing the ball back across goal. Lee Devitt met it with his head, nodding into Killian Cooper's path to rifle past Michael Schlingermann.

It took until midway into the second half for Athlone to get their bearings back and it happened through a moment of good fortune.

Tonight's Man of the Match, is winning goalscorer James Doona!

Dan McKenna floated a ball out to Derek Daly who'd taken up his customary position high and wide on the left during 'The Town's' attacks.

Daly might tell you otherwise but his cross deceived Sean Barron in the Cobh goal with its directory and made it all the way into the far corner.

It appeared as if the game was petering out towards a share of the spoils but Shane Barnes had other ideas. The substitute latching onto a through ball before forcing Barron to parry the ball to the oncoming James Doona who couldn't miss from three yards.