'We Have Another Chance To Re-Write That Story': St.Rynagh's On Gailltír Revenge Mission 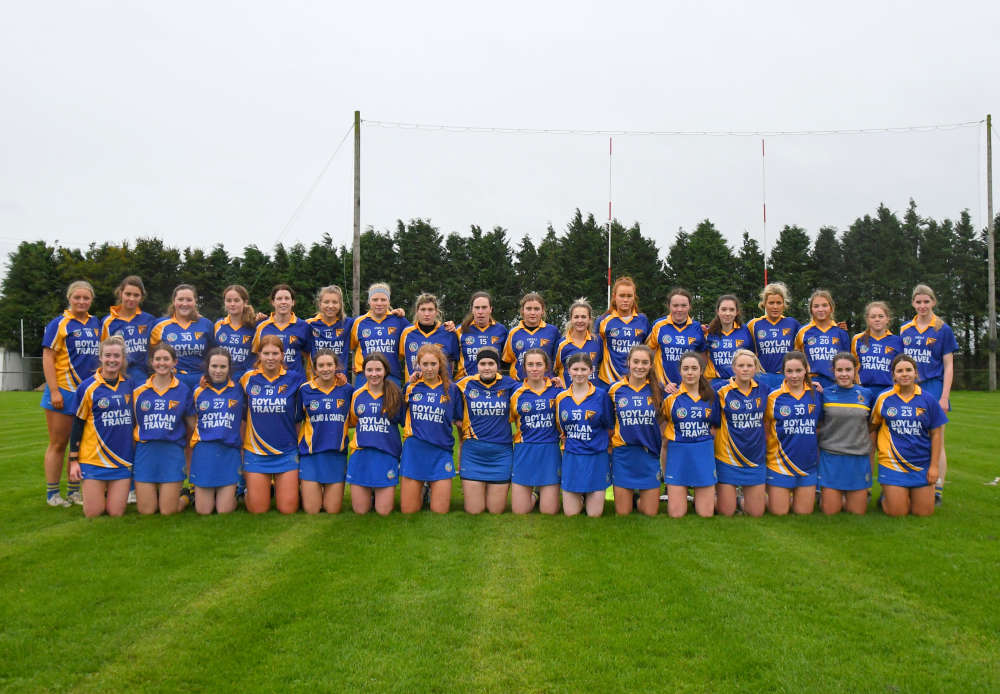 They meet for the second All-Ireland intermediate camogie final in succession next week.

Christmas will have been a mixed bag of relaxation, training and anticipation for Offaly and Leinster champions St. Rynagh's as they look to complete an All-Ireland Intermediate Camogie championship success this weekend.

Their opponents will be Gailltír of Waterford, who defied them with the last puck of a ball in February 2020.

A lot water has gone under the bridge since then for both sides, but they've managed to maintain their success both locally and at provincial level.

They meet again in Semple Stadium this Saturday after little to no respite from the nip and tuck of championship action.

The Offaly champions reached this stage by beating Eglish of Tyrone convincingly, 3-13 to 1-3 just before Christmas. On the same day, Gailltír came through against Connacht champions Clarinbridge of Galway in a similarly straightforward fashion, 4-14 to 0-5.

It promises to be another fascinating encounter and Grainne Dolan thinks this group of St. Rynagh's players continue to progress:

'I don't know if we will ever get that again. (a run of successive senior county titles since 2015).

Obviously down the line you hope that it will happen again, but in the moment you just want it to keep going for as long as you can.

Looking at us now compared to the team that won the first county title...we've grown so much. There's so much learning done and the girls themselves are willing to put in so much hard work, willing to learn from the bad days, from the defeats and that is one of the things that drives us on and makes us better.

Most recently the fixture list was released for the 2021 Leinster Camogie Championship which sees St. Rynagh's return to defend that crown in a couple of weekend's time.