Vandals Cause €15,000 Worth Of Damage To Midlands Business 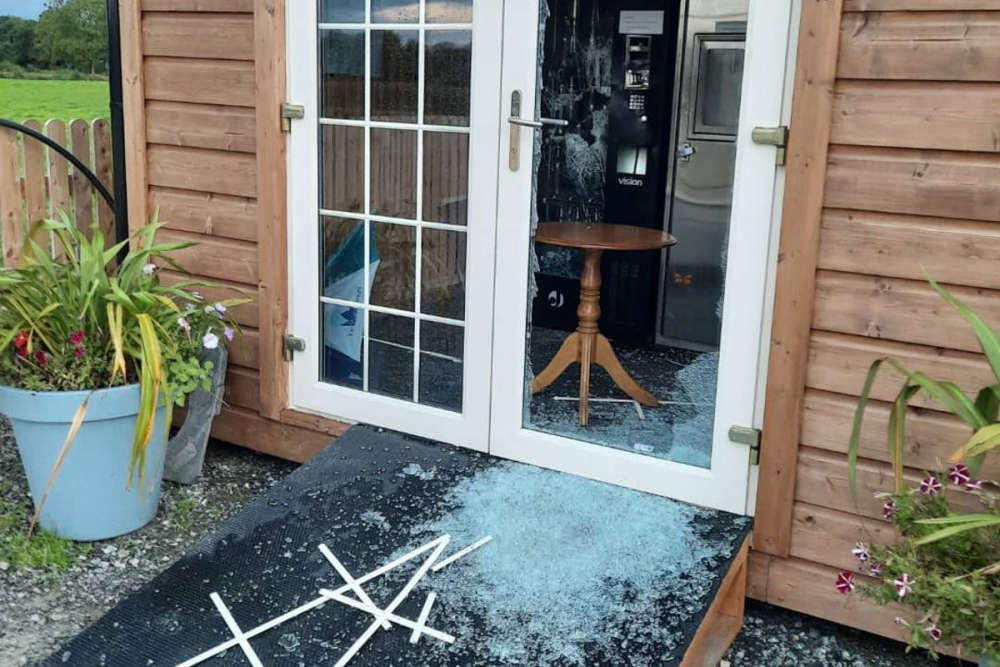 Two vending machines were vandalised and a glass door was smashed.

Gardaí are appealing to the public for information a burglary in the midlands which cause €15,000 worth of damage.

Boora Bainne Milk Company are reporting a break-in at their facility at 12:15 this morning.

The Offaly business is now closed for the foreseeable future due to the extensive damage.

Two vending machines were vandalised and a glass door was smashed in the early hours of this morning.

The dairy company sells glass bottles of milk from dispensers on the Blueball to Cloghan Road.

In a post on social media, they say the people responsible should have noted the bottle machine said "card only".

Almost 90% of their customers pay by card and only a small float of coins below 50c, in value, are kept in the cash box.

Anyone with information is asked to contact Birr Garda Station.