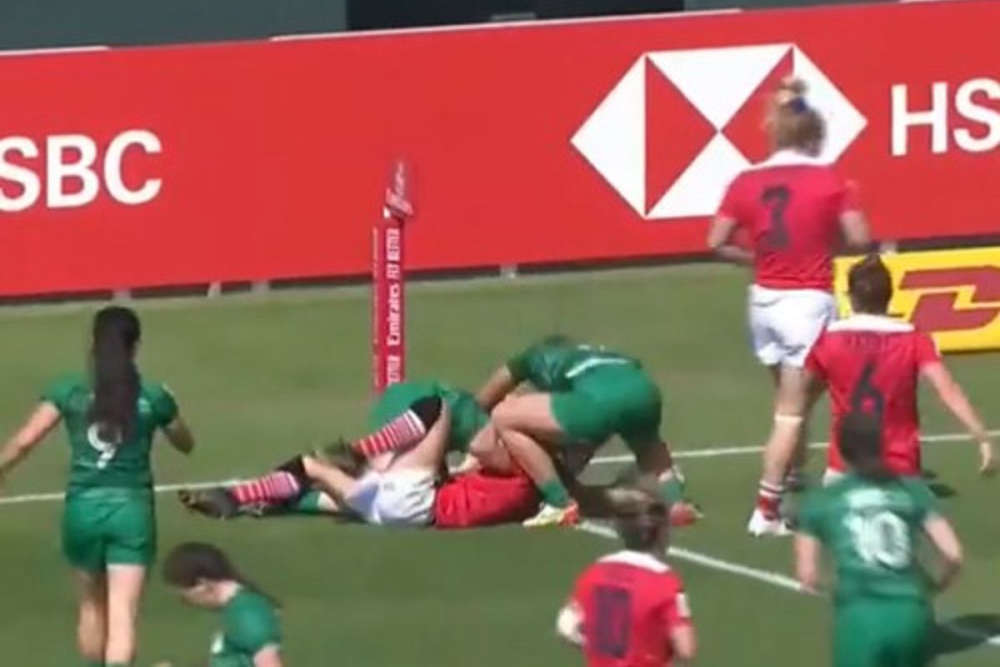 Both the men's and women's team still have two games to play in their pool.

It's been a tough start for both Ireland men's and women's sevens this morning in Dubai.

James Topping is without Tullamore's Jordan Conroy and Ireland found it difficult going in their opening pool game in the early hours, as they lost 28-7 to South Africa.

They really needed to bounce back against Great Britain a short time ago and failed to do so, suffering a second defeat, 26-19.

Victory over Japan just after 4pm today Irish time is now essential if they're to take any meaningful world series points from this weekend's event.

The @Blitzboks are up and running in Dubai - and then some

There's been a similarly underwhelming beginning for Aiden McNulty and the women's team.

Tullamore's Megan Burns and Mullingar's Katie Heffernan came off the bench as they opened with a 28-12 loss against Fiji.

They've also gone down against Great Britain 24-15, despite battling back to within four points down in the closing three minutes of the contest.

Canada are up next for them at 2;07pm this afternoon and Russia are the final group opposition in the early hours of Saturday morning.

A third placed finish in the group would put them into a 5th place play-off tomorrow and that is still a possibility if they can secure two victories in their closing contests.