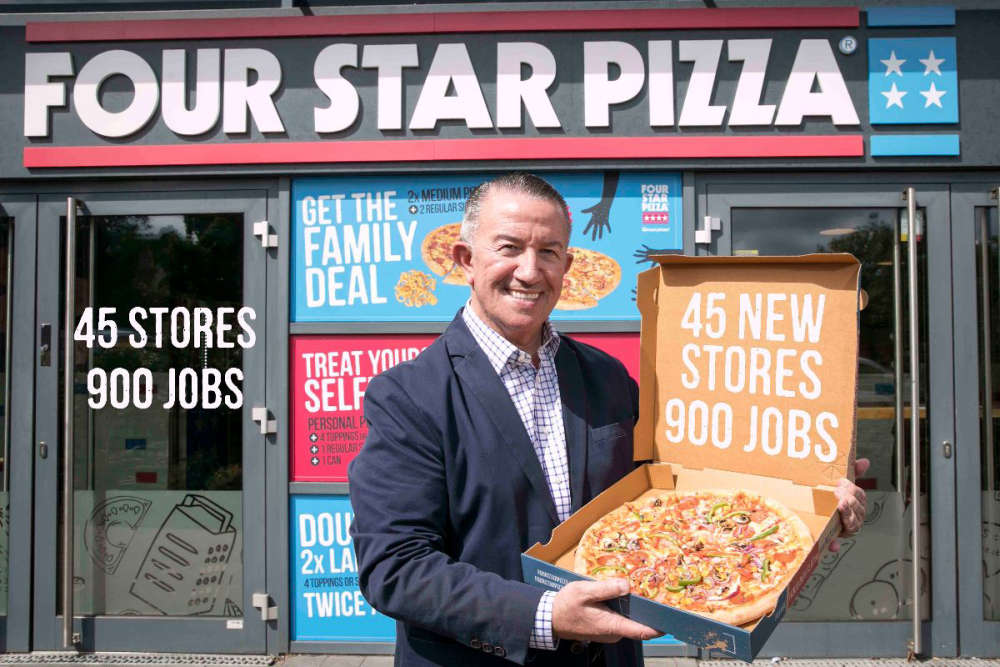 They're on the hunt for local entrepreneurs to expand the franchise network.

The Irish pizza chain is on hunt for local entrepreneurs to expand franchise network.

New CEO Colin Hughes has named Portlaoise, Tullamore and Athlone as possible locations as the company announces plans for 45 new stores over the next three years.

Following a root-and-branch review of the Irish-owned pizza chain’s business, Hughes has identified several areas for potential growth, and Portlaoise features high on the list of targeted towns.

Established in 1986, Four Star Pizza currently operates 42 outlets in the Republic of Ireland and 14 in Northern Ireland but plans to bring its total number of stores to more than 100 by 2025 - targeting 27 new stores in the Republic and a further 18 in the North.

An average of 20 jobs per store will see the company create a total of 900+ new jobs during this period.

Now the food giant is on the hunt for ambitious local entrepreneurs who would like to earn a crust and grab a slice of success with one of the country’s largest pizza companies.

According to Colin Hughes, interested parties do not need any previous pizza experience as Four Star Pizza will provide all the necessary training in food preparation, accounts, customer service, delivery and marketing;

“Our ultimate goal is for virtually everyone in Ireland, north and south, to have access to a local Four Star Pizza outlet, and we have identified Portlaoise as a strong potential location,” said Hughes.

“With this in mind, we are encouraging any potential entrepreneurs with a good head for business to consider joining our growing franchisee network in Ireland and becoming part of a progressive company with a very strong brand.

“We’re offering candidates an opportunity, in just a few months, to run their own business, built around a highly successful model and with all the support you need from a team of business experts to help you to recruit, manage, grow and thrive in your area.

“Becoming a Four Star Pizza franchisee requires a lot of commitment but we are here to help and we offer an extensive training programme to enable franchisees to reach the required levels in terms of operations, marketing and customer service,” he continued.

“So if any talented business brains in the area fancy a new challenge and think they have what it takes to run their own Four Star Pizza business, we’d be very happy to hear from them.

“Even if someone is currently running another franchise but is thinking of a change, we would encourage them to get in touch to hear about our exciting plans,“ added Colin.