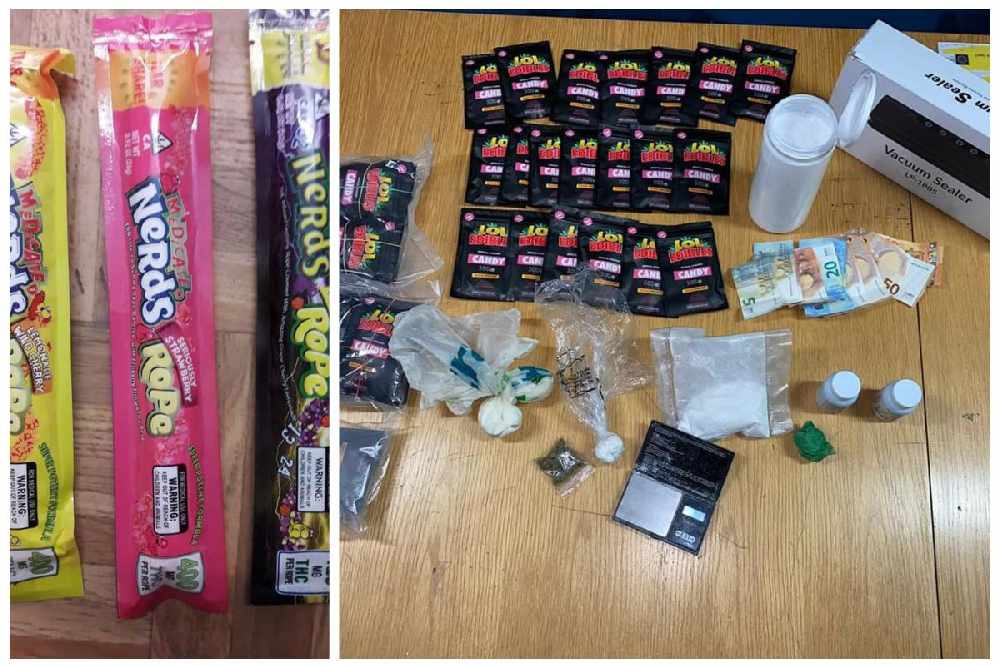 They've made a significant number of seizures of the jellies in the last 14 months.

Gardaí in Laois and Offaly are reminding the public of the prevalence of cannabis infused jellies and edibles in the community.

They've made a number of seizures of the product in the last 14 months with many due before the courts.

Gardaí are highlighting the dangers to children as there's been a number of instances of their consumption among kids.

They've issued a statement on the matter and here it is in full:

Laois and Offaly Gardaí have made a number of drug seizures over the past 14 months amongst which were recovered cannabis sweets and jellies. A number of cases are before the Courts.

Nationally there have been incidents of children unknowingly consuming these products, thinking they were confectionery.

The use of cannabis-infused edibles, such as jelly sweets, chocolates, cookies, and confectionery, is a relatively new trend in Ireland. Any product infused with THC is controlled under the Misuse of Drugs Act, 1977/1984, and their possession is illegal.

Cannabis-infused edibles could be confused with regular confectionery due to the similarities utilised in packaging the products.

An Garda Síochána encourage persons who become unwell as a consequence of consuming drugs to seek medical assistance by dialling 999 or 112.

If a juvenile has consumed these products, medical attention should be sought immediately by calling 999 or 112.

People who consume these products, not realising they contain tetrahydrocannabinol (THC), are subject to drug testing if required by law and would test positive for consumption of a drug. For instance, if a Garda conducted a Mandatory Intoxication Test on the roadside, a driver who consumed these products could be found positive for driving under the influence of an intoxicant, which would be subject to criminal proceedings.

An Garda Síochána further advises that it is an offence to cultivate, import, export, produce, supply and possess cannabis except in accordance with a Ministerial Licence.

Tetrahydrocannabinol (THC) is the principal psychoactive constituent of cannabis. Under the Misuse of Drugs legislation products containing THC are strictly controlled and possession is unlawful except under licence.