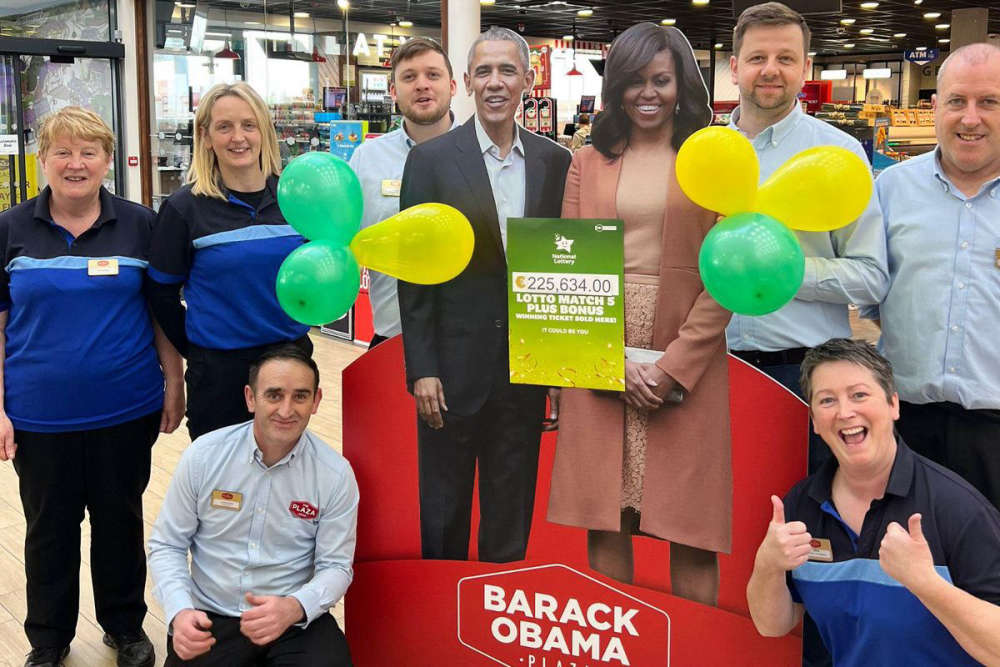 The winning match 5 plus bonus ticket was sold in Offaly.

An Offaly lotto player  says they hid their winning ticket in bubble wrap under their bed.

The player, who wishes to remain private, revealed the moment they realised they’d won the incredible prize: “I was so engrossed in the World Cup and I completely forgot to check my tickets that evening. It was only later on before bed it clicked with me and I went online to have a look. Well, words just can’t describe the feeling! It was mixture of shock, disbelief and excitement. I’d to check the numbers at least four or five times to be sure, before I told my partner”, they said.

They won €225,634 after matching 5 numbers plus the bonus. The ticket was sold Monday the 21st of November in Spar, Obama Plaza, Moneygall, Offaly.

“I was so worried about looking after the ticket, that I put it in bubble wrap and hid it under my bed!”, they added.

“You took better care of that ticket than you do me”, the winner’s partner jested.

Players in Cavan, Cork, Dublin (3), Laois, Kildare, Meath, Monaghan and Waterford all scooped the special raffle prize which was the fourth of twelve draws in the National Lottery’s ’12 Draws of Christmas’ promotion. This raffle event means that ten players will scoop €50,000 each in every EuroMillions draw every Tuesday and Friday between November 15th and December 23rd.

The shops that sold the winning tickets are: