Offaly Records Highest Jump In House Prices In The Midlands All three counties have seen prices rise by over 10 per cent in the last year.

Offaly has recorded the highest jump in house prices in the last year.

While Westmeath remains the most expensive in the region at €241,000, an increase of 10.9 per cent on last year.

Nationally, house prices have climbed 9 per cent higher across the country compared to the same time last year.

Two new reports, from myhome.ie and daft.ie, show inflation is down from 13 percent recorded in the second quarter.

Meanwhile, a third report by the Real Estate Alliance shows regional and town property prices are increasing at twice the rate as city properties.

Author of the Daft report, Ronan Lyons, says increases in cities outside Dublin aren't as high as at the start of the pandemic: 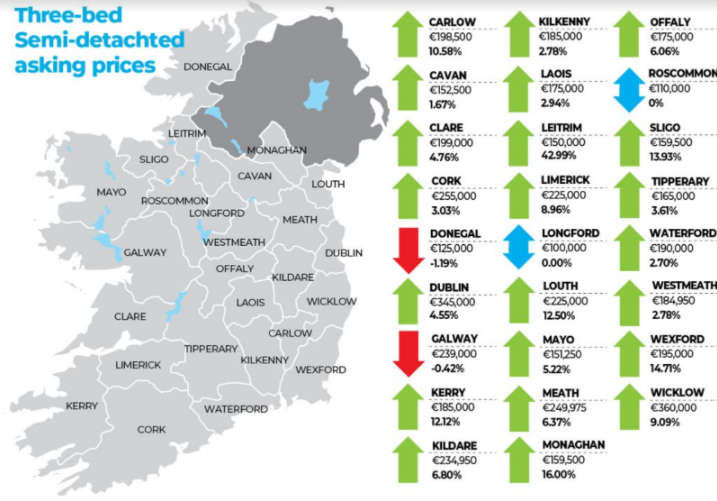