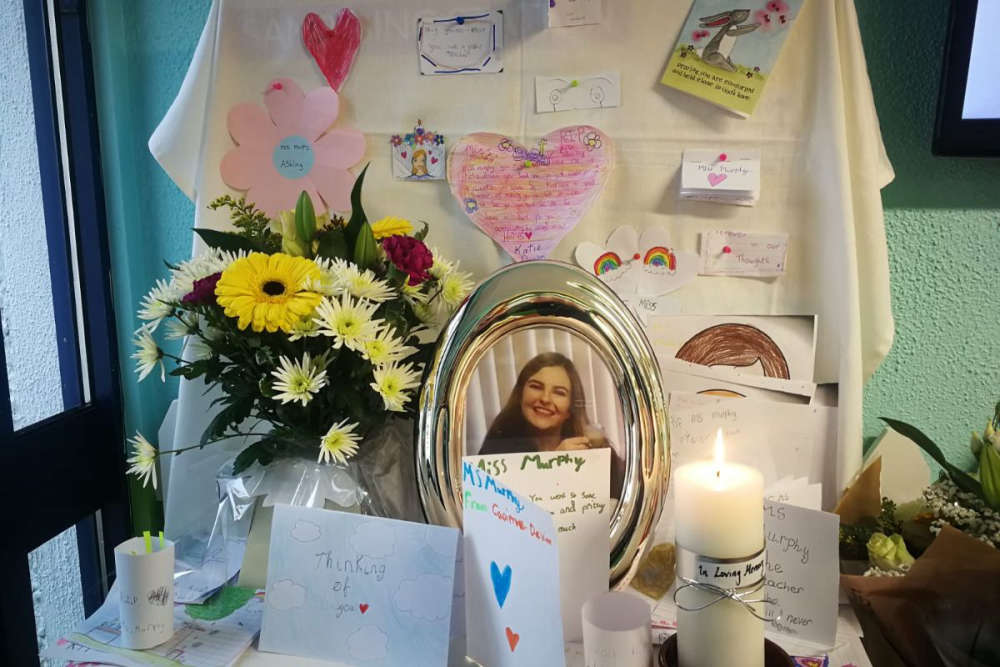 Durrow NS is holding a vigil at the school gates at 6pm.

Supports continue to be offered to Durrow National School in Offaly, where Ashling Murphy taught.

Children there have been sharing memories of the 23-year-old and laying drawings and tributes at an altar dedicated to the 23 year old, who lost her life on Wednesday.

Principal James Hogan has been praising the pupils - especially Ashling's first class - for how dignified they've been since the news came through.

He says the National Educational Psychological Service has been offering support to staff as they help the children come to terms with what has happened:

Bishop of Meath, Tom Deenihan was also visited the school earlier to pay his respects:

The Church of Ireland has also been offering condolences to those who knew Ashling.

“At this very dark time, we simply want Ashling’s family, friends and school community to know that they are in our prayers and in the prayers of the Church of Ireland community.  We also think at this time of the whole community of Tullamore and pray that they find solace in the midst of this shocking event.  The light of Ashling’s unique human personality has been cruelly extinguished.  Although it is almost impossible to find words to express the depth of sadness at the murder of Ashling Murphy in Tullamore, it is true to say that we have all suffered a loss because of her murder.  But our sympathies are with those who knew her best and loved her most.

Perhaps we, on the whole of this island, can begin to think of ourselves as truly civilised when we have made genuine efforts, as citizens, as governments and as churches, to create a society where women need feel no fear as they walk in our cities, towns and countryside.”

A candle-lit vigil is being organised at the school gates at 6 o'clock this evening.

They're inviting members of the public to join and remember Ashling as "a shining light" in their lives.