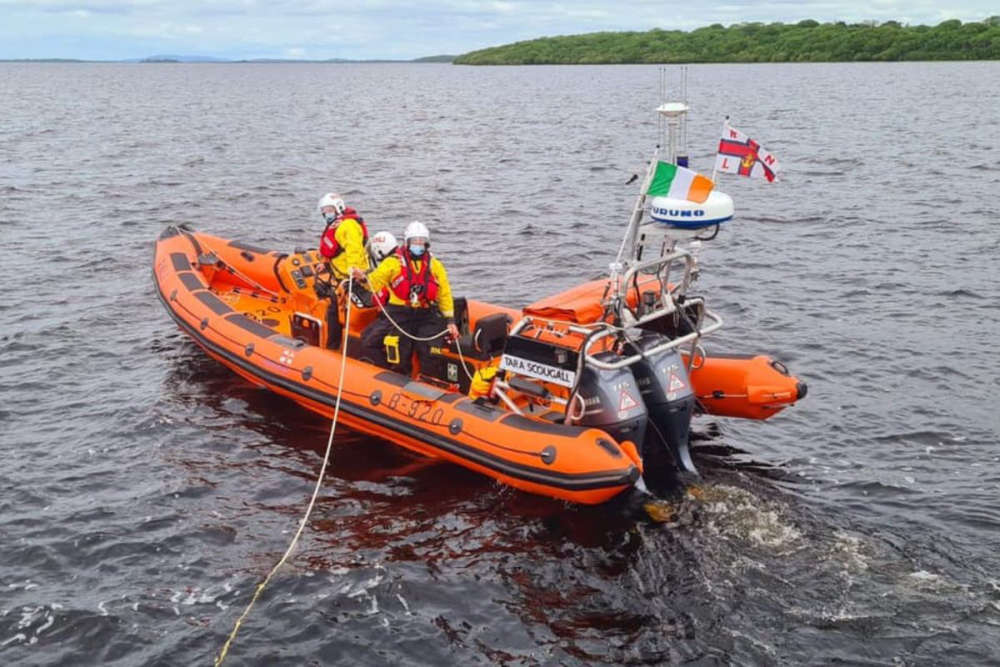 The RNLI's very busy summer is continuing, with five boats running aground in as many days.

The RNLI's very busy summer is continuing, with five boats running aground on Lough Ree in as many days.

A total of 24 people and one dog have been rescued by the volunteer lifeboat crew in the last week.

The latest rescue came at 9 o'clock last night when a 20 foot sports cruiser with five people onboard ran aground northeast of Hare Island.

In calm waters and fair conditions, the crew towed the boat to safe water from where it continued under its own power to Coosan Point.

While on Sunday morning, responding to a Coast Guard call-out, the crew launched under helm Emmet Devereux to assist a small cruiser with six people on board which had broken down near Yellow Island.

The craft was taken under tow to Hodson Bay marina.

Later on Sunday afternoon, under helm Tom Bradbury, the Lough Ree RNLI lifeboat ‘Tara Scougall’ was back on the water to assist a cruiser with three people on board which had run aground near Quaker Island.

Following inspection, the boat was towed off the rocks and continued under its own power to Lanesboro.

Seven people and a dog were rescued following a call-out to a cruiser which had run aground on the Hexagon Shoal near Hare Island.

In this incident, just as the Lough Ree RNLI crew had launched they were informed that the people (and the dog) were taken on board a passing cruiser.

All were delivered safely to Coosan Point.

While last week, on Wednesday, the lifeboat crew responded to a call just before 6pm to assist a 23ft cruiser which had run aground at Kings Island.

Following safety checks, the vessel was towed off the rocks and headed towards Portrunny.

During the present warm weather, Lough Ree RNLI Operations Manager Jude Kilmartin is advising lake users to ‘pay particular attention to navigational maps and err on the side of caution due to falling water levels exposing shoals and rocks that would not normally constitute a hazard.’

One local sage, noting the apparent increase in the number of boats grounded on islands in the lake this season was tempted to paraphrase W.B. Yeats poem ‘Lake Isle of Inishfree’ and offer this advice to skippers ‘stay off the lake isles and finish free!’

Waterways Ireland has issued a warning about low water levels in the Royal Canal.

Levels are currently down 300mm.

Masters of vessels are advised to proceed with additional caution and to contact the water patroller for latest advice and assistance.

Waterways Ireland is apologising for any inconvenience caused.