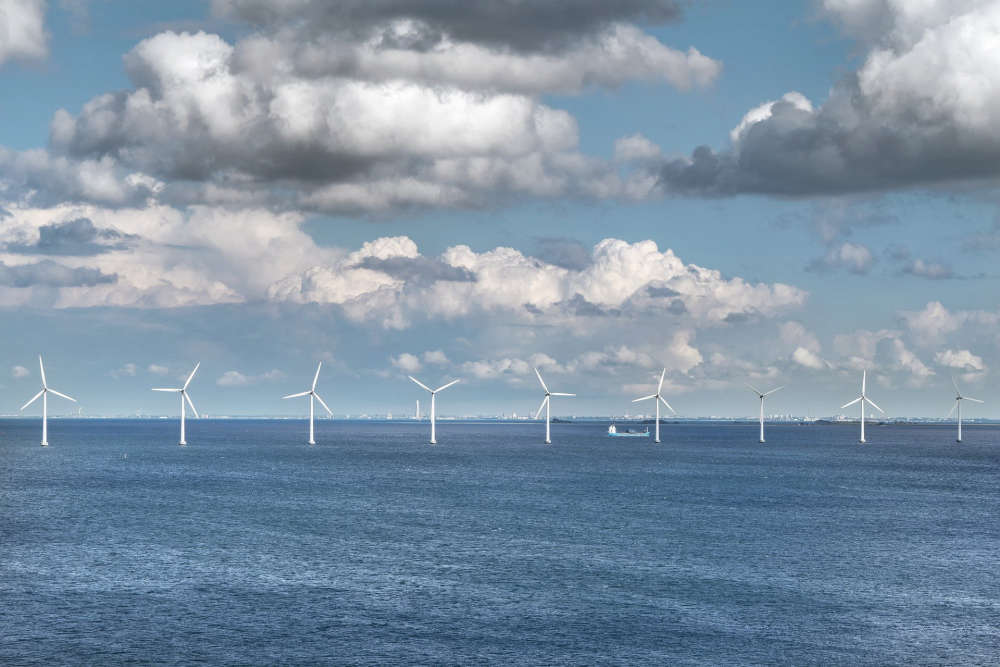 It comes amid increasing concerns about our fossil fuel dependence.

The government has announced a new system to allow off-shore wind projects to get the go-ahead.

It comes as there are increasing concerns about the country’s fossil fuel dependence in light of upcoming carbon emission targets, and the war in Ukraine.

Developers will be able to get a special Maritime Area Consent from the Environment Minister Eamon Ryan - which would then allow them make an application for an off-shore wind farm to An Bord Pleanála.

The Department of Environment will make a judgement on the applicants viability - meaning that only projects that could be completed will go forward into planning - which the government says will streamline the process.

For years campaigners, have called for more of a focus on off-shore wind farms to help power the electricity grid, rather than on-shore as they can cause issues for those living nearby.

Environment Minister Eamon Ryan says this is a tangible milestone towards 80 percent renewable electricity by 2030.

So far there’s only one off-shore wind farm operating here - off the coast of Wicklow - with the hopes that more projects like these will help reduce the country’s carbon emissions and reliance on fossil fuels.

Its CEO, Noel Cunniffe says there’s a lot of potential out at sea: