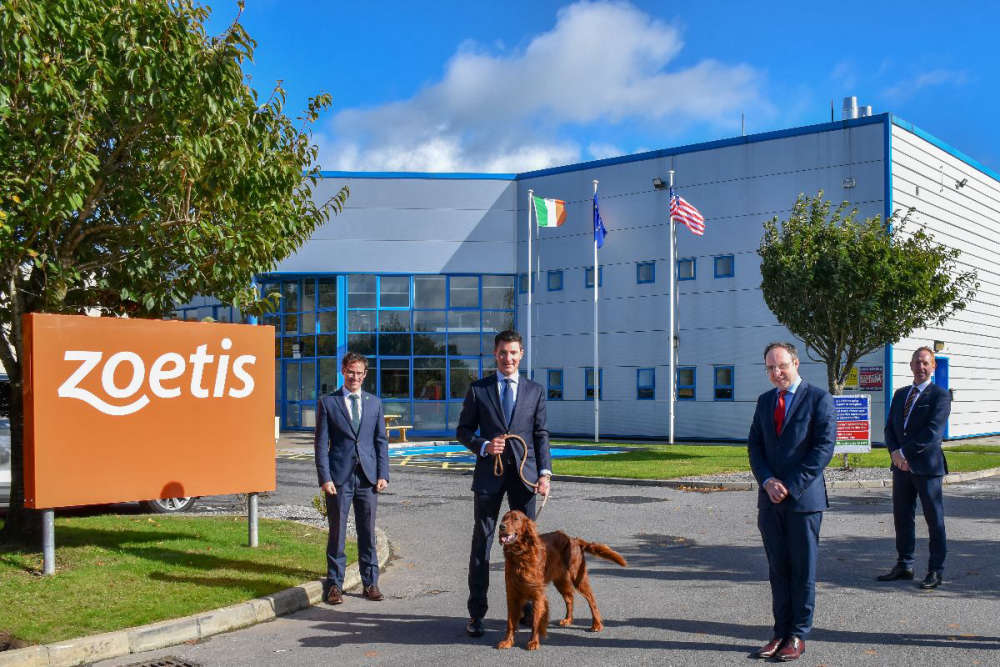 Zoetis is planning a major expansion of its site.

Up to 100 new jobs are to being created by a veterinary medicine company in the midlands.

Zoetis is planning a major expansion of its site in Tullamore.

Zoetis - the world's largest producer of medicine and vaccinations for pets and livestock - already employs about 90 highly-skilled scientists and technicians in Tullamore.

And it's been announced this morning between 80 and 100 further jobs are to be created over the next three years - the first of which are to come on stream later this year.

That's in line with an expansion of the facility, which manufactures and develops veterinary biopharmaceuticals for the domestic and global market.

Subject to approvals, construction is due to begin early next year, with the extension to become fully operational by 2025.

Tánaiste and Minister for Enterprise, Leo Varadkar, is among those welcoming the news, saying the midlands has a wealth of talent to draw from.

The announcement is being welcomed by the Tánaiste and Minister for Enterprise Trade and Employment Leo Varadkar TD who says;

"The decision of Zoetis to further extend its footprint here and expand its Tullamore facility is really fantastic news and a testament to the existing team. The Midlands has a wealth of talent to draw from and I wish the company the very best with this latest development."

"I am delighted that Zoetis is to expand its already impressive operation in Tullamore. This is a very welcome announcement for the local and wider Midland’s region and demonstrates that the Midlands has the skills, talent, people, and connectivity that will enable companies like Zoetis to embed and grow its operations here. Regional job creation is a key priority of this Government and by putting down deeper roots in the region, I’m sure Zoetis will generate substantial spin-off economic benefits to the region."

"Today’s announcement by Zoetis on the expansion of its Irish operation is welcome. This biotech facility by the world’s leading veterinary medicines company adds another globally established name to the significant and growing cluster of biopharma companies operating in Ireland which sees substantial investment annually in Biopharma R&D by IDA client companies. This expansion demonstrates Zoetis’ confidence in the highly skilled and talented workforce available in the Midlands and exemplifies IDA Ireland’s continued commitment to winning jobs and investment in regional locations."