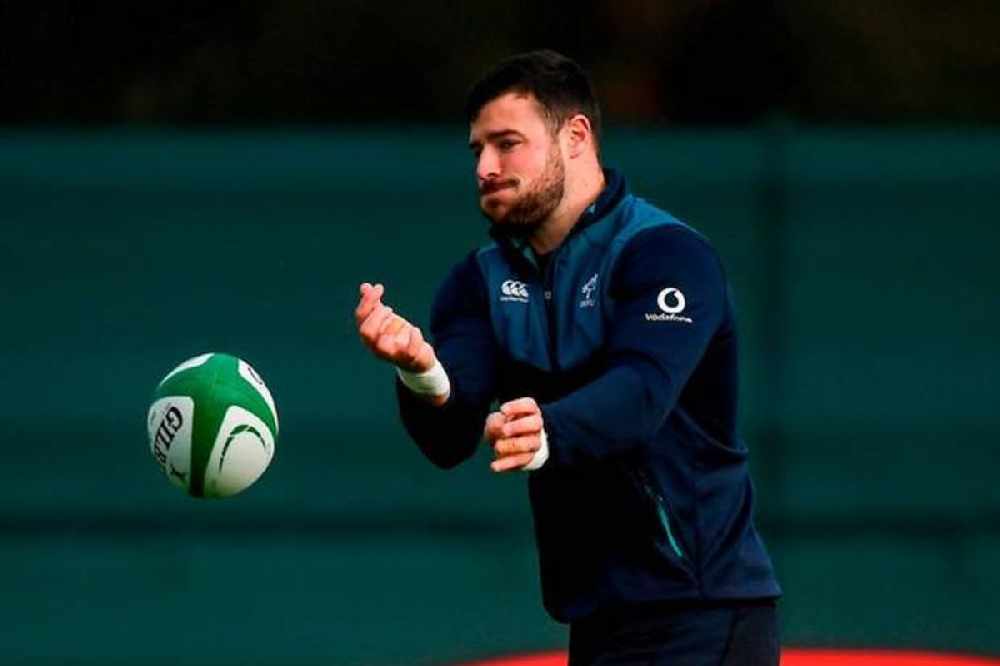 The Athlone pair will be boosted from the inclusion in the Irish squad.

Athlone's Robbie Henshaw has been named to start for Leinster's trip to face Bennetton.

They play the Italian's at 5:15 tomorrow evening in the PRO14.

Henshaw will be partnered in the centre by Gary Ringrose, who captain's the side.

Carlow's Ed Byrne is also named at loose head prop, while the culmination of a great week for Ryan Baird sees him partner James Ryan in the second row.

Meanwhile Munster have seven changes for the visit of Edinburgh to Thomond Park.

Last week's matchwinner Ben Healy is given a start, while Matt Gallagher makes his debut on the wing.

Alex McHenry and Fineen Wycherley are among those to also come into the team.

📢 TEAM ANNOUNCEMENT | The Munster side to face Edinburgh in tomorrow's #GuinnessPRO14 game @thomondstadium has been named.

Marcus Rea will make his first Ulster start in tomorrow's away meeting with the Ospreys.

Ian Madigan, Alan O'Connor and Matt Faddes complete the quartet of changes for Dan McFarland's side.

Here is your Ulster match-day squad for the #GuinnessPRO14 Round 2 trip to face @ospreys tomorrow (kick-off 5.15pm) ⬇️@MarcusRea13 will make his first start for Ulster 🙌#SUFTUM ⚪️🔴

And Connacht head coach Andy Friend has changed just two of his winning team for their trip to the Dragons.

Sammy Arnold and Eoghan Masterson come into the starting 15.