One Man In Custody After €2.1m Cannabis Seizure In Laois 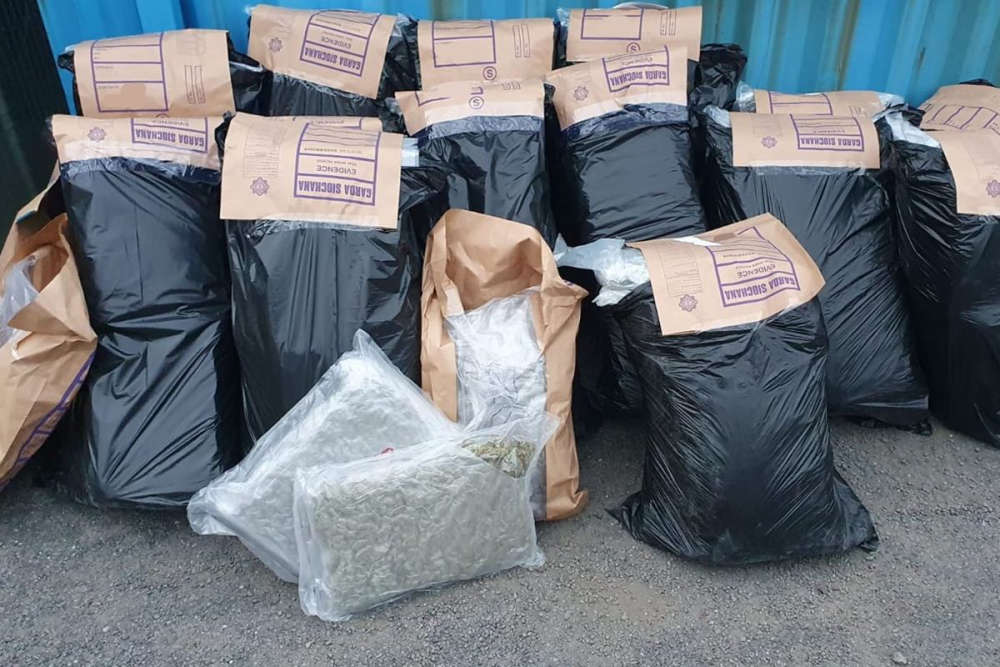 It comes less than 12 hours after a separate major discovery in Offaly.

Gardai are questioning a man after €2.1m worth of cannabis was found in Co. Laois.

The drugs, with an estimated value of  over 2.1 million euro, were seized by Gardai in Portlaoise, after they responded to a report of unusual activity on a rural road in Emo yesterday morning.

There Gardai searched a storage facility, and the surrounding areas, and discovered 121 kilogrammes of packaged cannabis herb, which had been concealed in boxes of vegetables.

A man in his 20s was arrested at the scene. He's currently being questioned at Portlaoise Gardai station

Yesterday's search operation comes after Gardai in Co. Meath discovered 1.3 million euro worth of cannabis in Ashbourne on Saturday night, and the seizure of 35 thousand euro worth of suspected Diamorphine in Cork City on Friday afternoon.

A separate seizure of €320,000 was made in Offaly also yesterday afternoon.