Over 50 Gardaí Assigned To Investigate Death Of Ashling Murphy 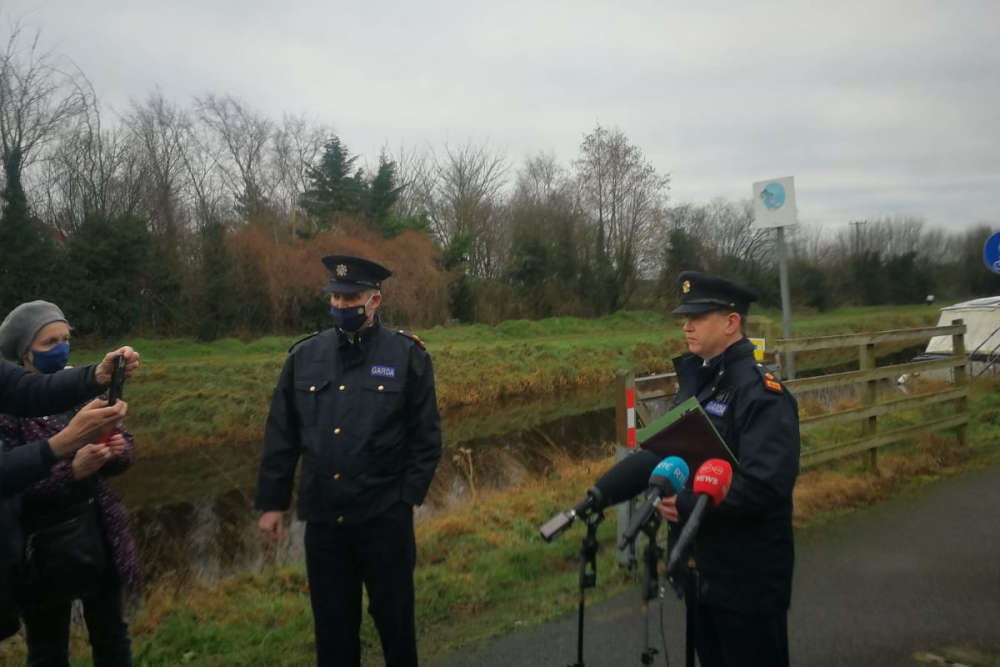 A press conference has taken place in the last hour.

Over 50 Gardaí have been assigned to investigate the case of Ashling Murphy.

In a briefing to media in the last hour, Superintendent Eamonn Curley from Tullamore Garda Station said they believe the victim wasn't known to her attacker previously and that the perpetrator acted alone, adding no stone will be left unturned in bringing the culprit to justice.

The primary school teacher, who was 23, was killed while out jogging on along the Grand Canal in Cappincur yesterday afternoon.

Gardaí are continuing to appeal to any members of the public who were on the canal between 3-5pm yesterday to come forward.

The full statement from Gardaí was given out as follows:

Yesterday shortly after 4pm Gardaí from Tullamore Garda Station attended to an incident at the Grand Canal Way at Cappincur in Tullamore following a call from a member of the public.

At scene Gardaí discovered a young woman with serious injuries. Medical attention was provided but despite the efforts of the medical team who attended, this young lady passed away. The injuries we believe at this time are consistent with an assault.

The incident occurred, as I said, on the Grand Canal way at Cappincur, but more specifically between Boland Lough and Digby’s bridge here behind me. This area here where the crime occurred is popular among Tullamore residents and is widely used for recreational purposes.

The victim of this crime is Aisling Murphy a 23-year-old local lady from the Blueball area of Tullamore. Aisling was a school teacher in Durrow National School. Our thoughts and prayers are with Aisling’s family at this time and indeed the wider community, her teaching colleagues and the children she thought who are without their teacher toady. Personnel from our family liaison unit are providing ongoing support to the family.

Immediately following the discovery of this crime a full scale Murder investigation was launched. The scene was sealed off and remains so where the Garda Technical Bureau are conducting a detailed forensic examination of the scene. The services of the state pathologist have been provided and the results of a post mortem examination are awaited.

At this stage there is no information that the victim and her killer were known to each other. From inquiries we have carried out to date we believe this crime was committed by one male who acted alone.

As part of our investigation to date we have arrested a 40-year-old male and this person is currently detained at Tullamore Garda Station.

I would also like to appeal to anyone who has not yet come forward who was on the Grand Canal Way on Wednesday 12th January 2022 between 3pm and 5pm. We would like to speak to you. We are appealing for witnesses who may have seen any person who was behaving unusual in that area. Any information you have however insignificant you may think it may be we need to hear from you. Were you on the Grand Canal way between 3pm and 5pm yesterday or have you any information about this incident. Please contact us at Tullamore Garda Station on 0579327600 or any indeed Garda Station, or if you wish the Garda Confidential Line 1800 666111. I would like to reassure the public that all any information received will be treated in the strictest confidence.